The three brothers Antonello, Giancarlo and Danilo Piccioni are skilled knife makers from Guspini, a small town in the South of Sardinia, renowned for its long tradition of handmade knives for agro-pastoral use, where the well-known guspinese type was first created and takes its name. Their creativity is evident in the entirely handcrafted highly functional and precious knives, in the combination of materials and in the details of manufacture. Each of them embarked on the ancient cutler’s craft almost by chance. After several training experiences, Antonello was the first to tackle, as a self-taught knife maker, the techniques of this craft, later also involving his brothers. What fascinates them is the combination of procedures that makes the creation of a perfectly finished product possible, a one-off exclusive piece, starting from the metalworking for the blade, the crafting of horn and wood for the handle, and finally the techniques and secrets of assembly and finishing, a challenge that is renewed with every single creation. The Piccioni brothers set up their workshop in 2012 in the centre of their town, where they carry on the ancient skill with established professionalism. They promote and exhibit their creations at the rich circuit of local festivals, fetes and fairs, also taking part in national fair events such as the well-known Artigiano in Fiera in Milan.

The Piccioni brothers’ knives include the jack knives typical of the Sardinian agro-pastoral tradition: the elegant Guspinese line in both the blunt-end blade and the pointed blade version with different ergonomic interpretations of the shapes of the handles; the renowned Pattadese knife with its myrtle leaf-shaped blade and the Arburese one, with its laurel leaf-shaped blade, and also specific custom made products to meet the requests of their clientele, choosing different materials and finishing details. The handles are made of ram and black buffalo horn or wood of local species such as juniper and wild olive tree. The blade is tempered with mirror, satin or damask finish, with a ring joint decorated with ever-changing motifs. 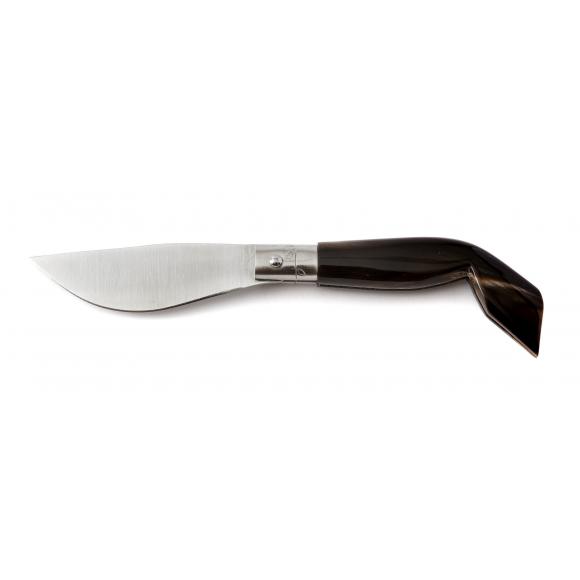 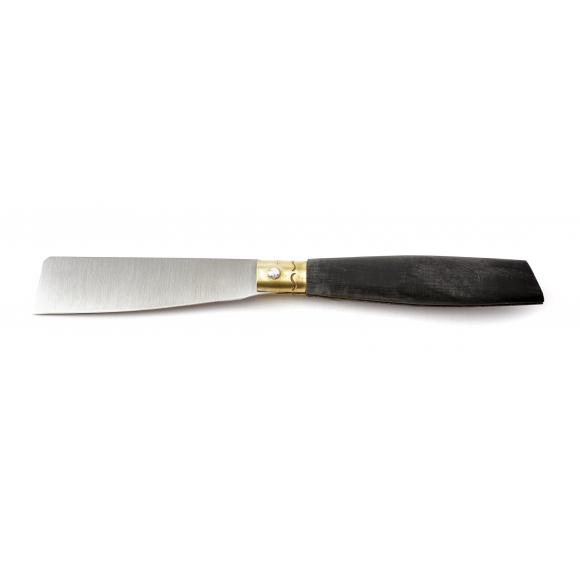 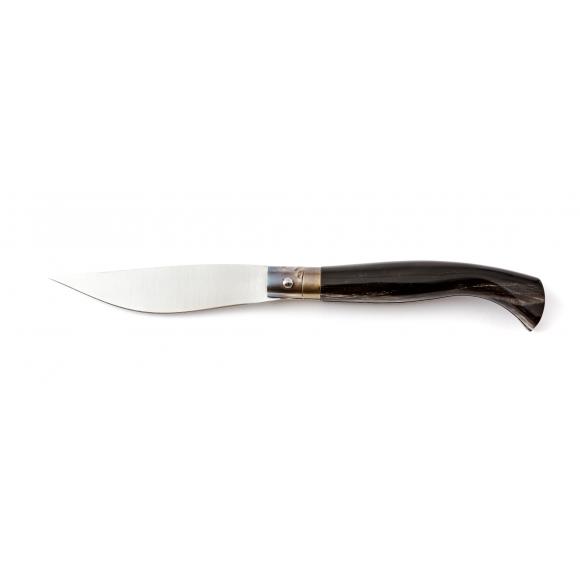 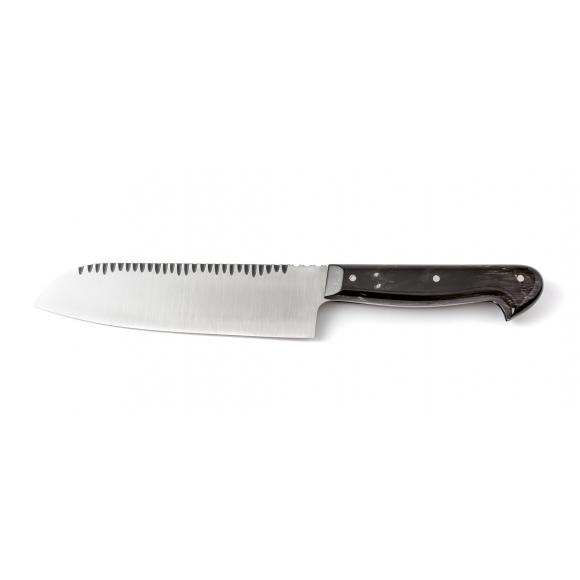 The knife blade is processed by removal; it is then tempered and polished. The single-piece handle has a steel core and riveted sides; the pin of the blade is clasped; the ring joints are engraved with ever-changing motifs. The handle can be made in horn or wood. 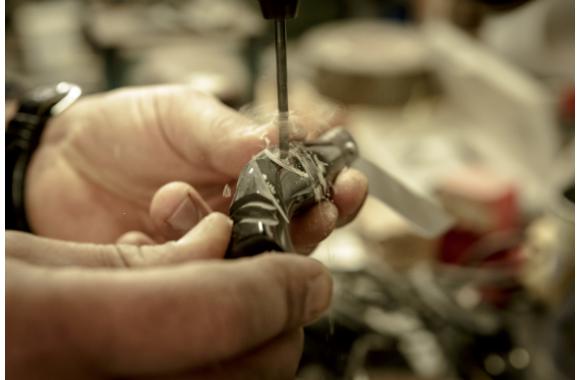 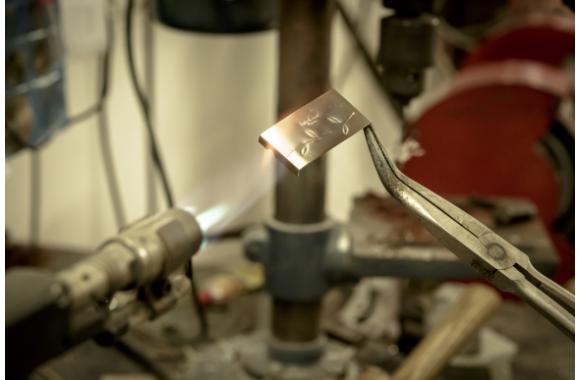 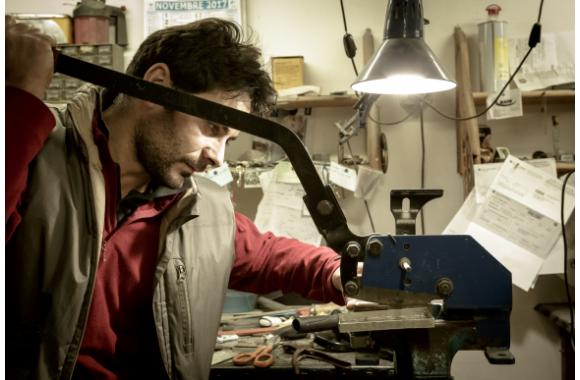 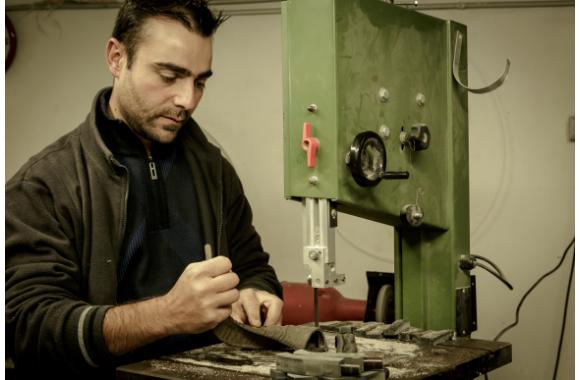 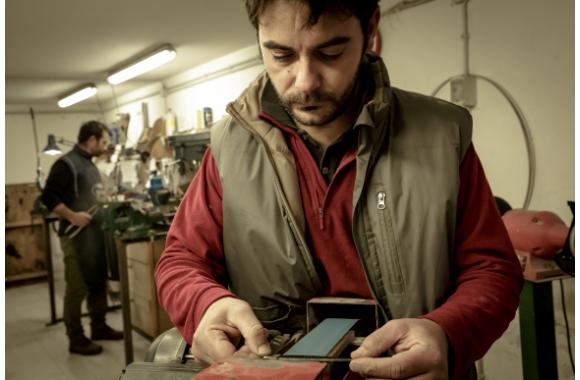 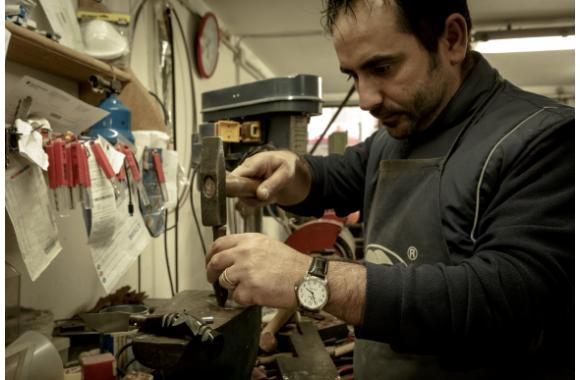 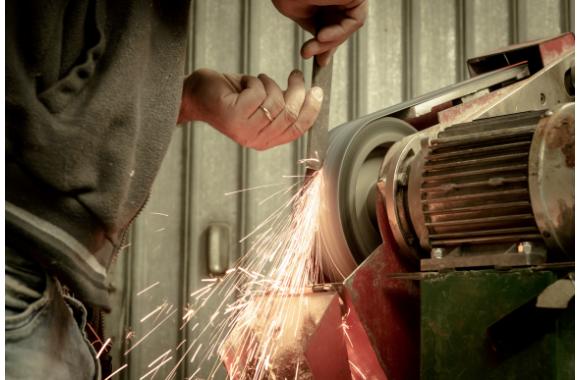 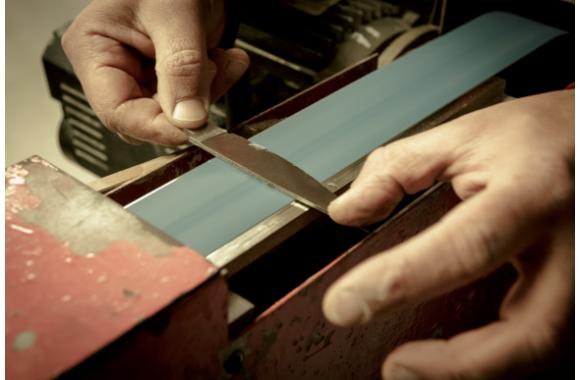